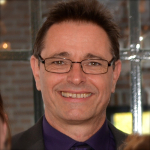 A list of some of the projects that I have executed for customers.

For a care-company I have migrated the infrastructure to a new cloud provider. Naturally security and resiliency are of the essence.

For a security investigation company, I migrated the messaging platform from Exchange 2010 to Exchange 2016 with high resiliency. Because this company is expanding, different servers are implemented at different locations.

For a couple of organizations an upgrade of Ubuntu servers was needed. New Ubuntu 16.04 LTS servers were built and OpenERP / Odoo servers were migrated to the new servers. Security and hardening of the servers was most important. Continuity of the platforms and data-security are guaranteed by using state-of-the-art technologies.

A large enterprise with factories and warehouses needed to migrate their SMTP servers to Exchange. This was due to the migration of their Domino servers to Microsoft servers. All internal systems and machines were used to send SMTP messages about production and maintenance to these servers. A new infrastructure was installed, using Office 365.

In 2014 a business Bank needed to migrate their IBM Domino infrastructure onto new Windows 2012R2 servers. An upgrade of the Domino platform was needed as well. Both upgrades and infrastructure implementations as well as all Notes clients were done within time and cost prognoses.

For a company in the food industry, many Microsoft mail systems had to be migrated to IBM Domino and Lotus Notes. The migration was done with a team of field operators. The servers were maintained and managed by our team. Companies were located in different European locations.

A press organization used a propriety CMS system, based on PHP/MySQL servers. For this organization I migrated all content (press articles) from the propriety format to the open source WordPress CMS platform.